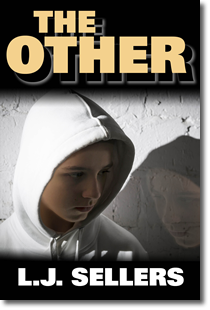 Logan stared through the caged fence. Like a prison yard, the tall metal barrier curved inward at the top, discouraging anyone from leaving. Today, he had permission—and an escort, of course.

His attendant Bruno unlocked the narrow iron door and held it open. “Let’s make this fast, okay? I’ve got an electro therapy to escort soon.”

Logan cringed. He’d had shock treatments, and they’d left him shaky, confused, and anxious. Instead of curing his depression, they made him doubt himself.

He eased toward the opening, eager to see the oak-filled meadow and hear the birds clustered in the trees. Dread filled his stomach too, and he wished he’d worn his comfort hoodie. Beyond the wall, anything could happen. The world was a chaotic, dangerous place filled with selfish unpredictable people. Yet he longed to be free of the walls. Free of the medications. Free of the doctors who thought he was crazy.

“Move it, Lowgie.” Bruno waved him on as though he were a recalcitrant pet. Recalcitrant. The sounds pleased him, and he repeated it a few times under his breath. Another great word he’d learned recently and hoped to use in his writing. Even thought he hated Bruno’s nickname for him, he ignored it. He’d learned that bullies got bored with taunts if they didn’t seem to cause harm.

Outside the fence, Logan blinked at the vastness of the sky and open space. What if he ran? Bruno would taser him, then he’d get moved to the high-security side of the institution and never see the outside world again. Logan started down the path toward the oak trees, inhaling the crisp fall air as though he’d been deprived of oxygen.

Behind him, a cell phone rang and Bruno answered, his voice fading as he slowed to argue with the caller. Logan picked up his pace, delighted by his moment alone, surrounded by the lovely quiet of the park-like setting.

Out of the corner of his eye, he caught movement and spun toward it. For a moment, stillness. Then someone rushed between two trees. A boy, about thirteen. His face—glimpsed briefly—was hauntingly familiar. The intruder darted out again and Logan gasped. He was back! The boy with a face just like his own, only younger.

The Other, as Logan had come to think of him, disappeared behind a big oak.

A heavy silence pressed on his chest and he struggled to breathe. It was just another hallucination, he told himself. He’d had them before. But why now? And what did it mean? He couldn’t tell his counselor. She’d been alarmed the last time he mentioned the boy, and he didn’t want her to think he was insane.

Logan laughed bitterly. Dr. Carlson already did. That’s why he was here. No, he was here because his mother wanted him locked away. Recently, he’d heard attendants complain about losing their jobs when the hospital closed. The thought terrified him. Where would he end up? Would it be even worse?

Things could always get worse. His aunt’s expression echoed in his head. She’d tried to be a mother to him, but her negativity had shaded his perception of everything

Logan turned back, his nature walk ruined. Depression hit him hard. Who knew when he would get another outing? The medication they kept shoving down his throat was obviously making him worse. But if he complained, Dr. Carlson would chide him for not adapting. She might even increase his dose.

How would he ever escape the vicious cycle and the walls that confined him?

Rox MacFarlane touched the left side of her forehead. “The pain is right here, and it’s so consistent I worry that I have a tumor.”

Her neurologist, an older woman with a silver-haired bun, shook her head. “That’s unlikely. No one has ever developed cancer from these treatments.”

The therapy, called transcranial magnetic stimulation, was over, thank goodness, but the side effects were getting worse. “My hearing loss isn’t improving either, and I think I had a mild seizure last week.”

The doctor’s eyes widened. “Tell me exactly what happened.”

The episode had been weird, and she still had trouble describing it. “My head suddenly felt strange, kind of tight and loose at the same time. So I sat down, feeling sort of paralyzed for a moment. Then I was fine. Except my head was fuzzy, as though I might have lost some time.”

“Oh boy.” Dr. Benton pulled her rolling computer over and began typing notes. “What were you doing at the time?”

“That sounds like a seizure. I’ll write you a prescription for medication that will prevent another one.” The neurologist squeezed her arm. “I’m sorry this is happening. Side effects from this treatment are rare. But I assure you, they’re temporary.”

“What about the headache?”

“Let’s give it another week and see if it goes away. If not, we’ll do a CT scan.”

Not good enough. Rox’s jaw tensed, but she let it go and stood to leave. “You’ll call in the prescription?”

“Of course.” The doctor looked as worried as she felt.

Rox headed out, wishing she’d never heard of the damn treatment. What had made her think sending hundreds of magnetic pulses into her brain was a good idea? Oh right, she’d wanted to know what it felt like to be normal.

She drove straight home, knowing the pharmacy would take hours to process her medication—which she might not even take. She hated new prescriptions, especially those that crossed the blood-brain barrier, because she never knew how her chemistry would react. As she pulled into the driveway of the duplex she shared with her stepdad, her work phone rang. Rox pulled it from her shoulder bag and glanced at the number. A landline and not one she’d seen before, so it was probably a new client. Good news. She was bored and ready to work again. “Karina Jones, how can I help you?” Rox shut off the engine and climbed from her car.

“You’re the extractor?” The woman’s voice was pleasant, but a little timid.

“Yes.” Rox headed toward her door, and Marty rushed from his side of the house. “What did the doc say?” Shorter than her six-foot frame by several inches, her stepdad wore his gray hair buzzed and his eyebrows bushy.

She gestured at Marty to be quiet, and he followed her inside. Rox put the new client on speaker and turned up the volume. “Who gave you my number?” Her work occasionally straddled the lines of legality, so she had to be careful. She ran her investigations under an assumed name and paid cash for the anonymous burner phone she used to conduct business.

“A friend named Sam Fenton,” the woman said. “He’s a sergeant with the Portland police.” Most of their clients were referred by officers she and Marty used to work with. Law enforcement people understood that sometimes citizens needed specialized help that cops couldn’t provide.

“What’s your name and situation?” Rox took the phone into the kitchen and set it on the table. Marty went to the fridge for a couple of microbrews.

“Shay Wilmont.” The woman sounded steadier now. “I’m worried about my nephew. He’s in a mental institution, and I need you to get him out.”

Rox glanced at Marty, who rolled his eyes.

She didn’t blame him. The idea seemed wild, even for her. “I’m sorry, but that’s not in the scope of what I do.”

“Why not?” A little defensive now. “I thought you rescued young people from oppressive or dangerous situations.”

“I do. But a mental institution—” Rox stopped. Some facilities were fine, but others were horrible, depending on who was in charge. “If your nephew is being abused, then report it to state authorities. I don’t think I can help you with this.”

“He shouldn’t be in there!” Shay Wilmont raised her voice, her timidity gone. “Logan’s not mentally ill, just autistic.”

The label slammed into her gut. She hated the term, preferring to think of herself and others with the condition as having non-typical neurological responses. Her heart went out to the boy. If her own quirks had been worse as a child, she could have suffered the same fate. “How does his condition manifest?”

“He gets stuck on certain words and repeats them, sometimes for minutes. And he’s obsessed with LED flashlights.”

Both seemed harmless enough, so something didn’t add up. “How did he get committed?”

A pause. “His mother claims he’s both violent and suicidal.”

A few people with spectrum disorder needed antipsychotic meds to keep them under control, but those cases were rare. Rox started to decline again, but the woman cut her off.

“I’ve never seen Logan hurt anyone, and until recently, I never heard him mention suicide. He’s spent way more time with me than with his mother, so I would know.”

Marty handed Rox a bottle of dark beer, shook his head, and mouthed Say no.

Rox was torn. A mental institution would be difficult, if not impossible, to extract someone from. But she wanted to help the poor boy. It was shameful to lock him up just because he made people uncomfortable. She’d made her own mother so jittery, Georgia had abandoned her family. The call of fame and fortune on Broadway had done its part too. “His mother has custody?”

“Yes, but Logan has lived with me since he was three.”

That was a little weird. “What age is Logan now?”

Old enough to speak for himself about where and how he wanted to live. “His full name?”

That didn’t ring any bells, so the kid’s behavior had not likely made the news. But she would check him out anyway. “Where is he institutionalized?” The word tasted bitter in her mouth.

“The Mt. Angel campus of the state hospital.”

The old facility was thirty miles south and had been controversial off and on since its inception. Why couldn’t the kid have been in a small private hospital instead of a concrete fortress? But at least Mt. Angel wasn’t a new building with modern security. Still, Rox knew she had to decline. Instead, she heard herself say, “I’ll consider your case, but first I’d like to meet with you in person to get more information.” She never took a case over the phone. She needed to visually assess who she was dealing with.

Across from her, Marty shuddered and made aggressive hand gestures indicating she should backtrack. Rox ignored him. “Can you meet me today?”