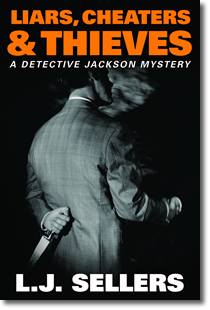 Prez woke with his face in a puddle of vomit. He remembered getting sick, but not much else of the afternoon. Darkness engulfed him, and he shivered against the damp frigid air. He never got used to the cold no matter how much time he spent outside or how many layers he wore.

A whistling noise caught his attention and he sat up. From his cardboard tent, he peered across the grassy strip that separated the little canal from the tavern’s parking lot. A figure in dark clothing moved quickly toward the vehicle at the corner. He’d seen the Jeep parked there many times before, but this time the driver was inside, hunched over the steering wheel. By his size, Prez assumed it was a man, but the distance and darkness made it impossible to tell if the tall person approaching was a man or a woman. Prez had a fleeting moment of disappointment. If they’d both been women, he would have hustled over and hit them up for money. But two men in a tavern parking lot could be trouble.

The whistling stopped as the intruder neared the car and tapped on the driver’s side glass. In the quiet, Prez heard the hum of an electric window, then the muffled sound of a brief conversation. The person on foot leaned in and put their face next to the man in the vehicle, and Prez realized they were probably lovers. His body relaxed. A couple was not likely to harass him. He looked around for the pint of Jim Beam he’d bought earlier, wanting to wash the sour taste from his mouth. He found the bottle wrapped in a dirty blanket, swallowed one of the last mouthfuls, and looked back at the couple in the parking lot.

The man in the Jeep laid his head back, and the woman reached in her pocket for something. Maybe they weren’t a couple, Prez thought. More likely a drug buy. It only mattered because he considered himself an astute observer of human interaction . . .when he was sober. He’d taken sociology during his one year of college and much of it had stuck with him, although it hadn’t prevented him from derailing his own life through a series of bad decisions. And a drinking problem he’d come to accept.

The woman gripped something in her hand and stared at the relaxed man for a long moment. She whispered something, a soft hiss in the night, then plunged a blade into the man’s throat and slashed it open. The move was so violent, so unexpected, Prez jerked back under his cardboard cover. What the hell?

Footsteps pounded toward the canal and Prez held his breath, hoping she wouldn’t look over at his little camp in the brush. He prayed that in the dark and in her rush, she wouldn’t see him. He took the last swallow of Jim Beam and closed his eyes. When he opened them, he didn’t see her. Maybe he’d imagined the whole thing. His mind sometimes played tricks on him.

Prez heard a tiny splash as something hit the water, then the footsteps retreated. After a moment, he leaned out and watched the figure hurry across the parking lot toward West. 11th Avenue. He glanced at the Jeep. The man was not moving and blood flowed from his throat. Prez decided it was time to find a new camp. He didn’t want to be here when the cops came.

Molly Pershing’s mouth fell open and she stared at the bank teller in disbelief. “What do you mean my account is below the limit?”

The young woman glanced at her computer screen. “You made an automatic transfer to the Veteran’s Relief Fund in the amount of $7,000, leaving only $312 in the account. So we charged you the monthly maintenance fee of $5 because your account fell below the $5,000 minimum.”

“No. That’s a huge mistake.” Molly raised her voice, something she rarely did, and her heart pounded erratically. “I didn’t give all my money to the charity. Who would do that?”

“You set up a monthly payment online last month,” the teller insisted, even though her pudgy young face was starting to show alarm. “Then it looks like you increased the amount Tuesday evening before the scheduled payment went through on Wednesday.”

“No!” Molly’s legs shook and she gripped the counter. “I mean, I set up the donation, but it was for $50.” She’d only been using a computer for a few months, and online banking had seemed like such a convenience. Her friends had warned her it wasn’t safe. Why hadn’t she listened?

“No.” A sharp pain tore across her chest. Molly gulped in air. “My daughter has access, but she’s been on the account for years.” Every breath hurt, and it took too long to get the words out. “She didn’t do this, but I think I know who did.”
“Who?”

Molly couldn’t remember his name. Her brain felt foggy, and she thought she might lose her balance. Bolts of shock ripped down her left arm and she lost her grip on the counter.

The room spun and her pain-ravaged heart struggled to keep beating. Molly opened her mouth but nothing came out. The beating stopped; her knees buckled. As she hit the floor, her last thought was: But he seemed so nice.

“Swing your end wide and I’ll go through first.” Detective Wade Jackson called out instructions to the young man carrying the other end of the couch.

Harlan looked confused for a second, then nodded and shuffled left. “Of course. At a tilt. I’ve only helped one other person move and he didn’t have a couch.” The boy grinned, a wide full-toothed expression meant to charm. “I like to help people. I volunteer at Food for Lane County too, but I suppose you knew that.”

Harlan kept talking but Jackson tuned him out. The sixteen-year-old was Katie’s friend—Jackson couldn’t bring himself to say boyfriend—and he was helping them move because the kids had the day off from school. Harlan was clean-cut, got good grades, and didn’t do drugs. What else could a father want for his fifteen-year-old daughter? Yet Jackson couldn’t stand him. More important, didn’t trust him. He couldn’t decide if he was just being an overprotective father or if his cop instinct had picked up that the boy was hiding something. Jackson smiled to be polite. Neither Harlan nor Katie knew how he really felt.

They lugged the couch through the doorway and nearly collided with the two professional movers he’d hired. Semiprofessional, Jackson corrected. He’d found them on Craigslist and had rented his own U-Haul, saving more than half the cost of a moving company. The goal was to get everything into the new house today and unpacked over the weekend, so Monday he could go back to work feeling settled and normal. As if selling his home of thirteen years and moving back into the house where he’d grown up was just another transition in his hectic life.

They carried the couch up the loading ramp without mishap, set it down, and headed back into the house.

“Can I start taking a few of boxes?” His daughter’s voice echoed in the nearly-empty living room.

“Sure.” They’d started early and had already loaded most of the big stuff. “We’re making good time.”

Again, Jackson was taken aback by Katie’s appearance. In the last eight months, she’d grown taller and thinner and had started wearing her curly hair pulled back in a sleek style. His round-faced, carefree little girl had morphed into a confident teenager who resembled his ex-wife—and sometimes looked at him with the same disapproval. Too many changes were coming at him all at once, and it was like walking on shifting ground. Sometimes he had flashes of dread that a major upheaval was coming in his life but he had no idea what. He pushed away the thought and focused on carrying boxes from the kitchen. Getting out of this house and closing the mortgage that linked him to his ex-wife was a welcome fresh start. After ten minutes of making trips to the U-Haul, he realized Katie had disappeared. Worried, Jackson found her in her nearly empty bedroom, staring out the window.

“I’ll miss our dinners on the back deck,” she said, turning to him with tears in her eyes.

Jackson pulled her in for a tight hug and she didn’t resist this time. “We’ll have backyard dinners at the new house.” He leaned back so he could see her face. “We’re family, sweetheart. Whenever we’re together, we’re home.”

“You’re right. I’m just being silly.” Katie wiped her eyes, and he noticed she was wearing mascara, a new development. “I’m kind of excited about the change,” she added. “My new bedroom is bigger.” She smiled, picked up a stuffed panda that had been left on the floor, and placed it on the windowsill. “I’m leaving this for the little girl who’s moving in here.”
Jackson’s throat closed and he couldn’t respond. Katie was saying goodbye to so much more than a familiar bedroom.

His cell phone rang and Jackson braced himself. A mid-morning call on his day off could not be good. He pulled the phone from his pocket and recognized the familiar number. He looked up at his daughter.

Katie scrunched up her freckled face. “It’s work, isn’t it?”

“Go ahead. I’ll keep things moving here.” His daughter craved responsibility the way her mother craved alcohol. And yes, those things were connected.

The phone rang twice more. “Thanks, Katie. I’m sorry.” Jackson stepped into the hallway as he answered.

“It’s Sergeant Lammers. I know you’re moving today but I need you. With McCray retired, Bohnert out on sick leave, and Quince rotating between units, you’re the man.”

“What have you got?”

“A homicide in the parking lot of Pete’s Pad on West 11th. A man in a vehicle with his throat slashed. It probably happened last night. So we’ve got a cold body in an empty parking lot, and my gut tells me this one will be difficult. I need you down there ASAP.”

Jackson’s pulse quickened. It complicated his personal plans, but the thought of a tough homicide case challenged him. “I’m on my way.” He pocketed the phone and gave his daughter an apologetic look.

“A homicide?” Her voice held a mix of regret and respect.

“You realize you said that out loud?”

He laughed. “Sorry. I’m not looking forward to meeting your mother’s boyfriend.” Jackson scrambled to decide whether to cancel now or wait until the last minute.

Katie glared at him. “Don’t blow his off. I want to spend some time with Mom, and you said I can’t stay at her place until you meet Ivan.”

“I know. But today was not a good day to plan this for, and now I have a homicide to deal with.”

“I’ll try. Will you make sure the movers put everything in the right rooms at the new house and get the check I wrote for them?”

Harlan came into the room but for once kept his mouth closed.

“Thanks, sweetie. I’ll call you later.” Jackson stepped toward her for another hug, but she turned toward the scrawny boy. Crap. Why did his job often make him feel like a bad father?