No Consent (A Conner & Hitch Thriller) 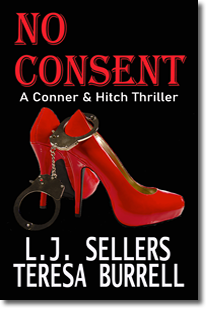 A stressed-out prosecutor needs help from a charming ex-con. What could possibly go wrong?

District Attorney Clara Hitchens faces two major battles—exposing a corrupt DA, who might be her boss, while handling a high-profile trial with a victim who isn’t sympathetic. When Hitch runs into Nate Conner, he’s the last person she would expect support from.

Newly released from jail, Conner has his own problems. A thug is pressuring him for money, and his little sister Kaylee is missing. Determined to go straight, Conner decides that Hitch is the one person he can trust with his suspicions.

They develop a plan, but everything goes sideways.

The snitch who testified against Conner turns up dead, and all the evidence points to him. Then another key player is murdered, and Kaylee goes deeper into hiding, On top of all that, Hitch’s trial gets derailed when the victim’s OnlyFans videos are revealed in court—a devastating blow.

Can Conner and Hitch beat the odds to bring down the corrupt prosecutor, win the trial, and find Kaylee in time to save her?

“Fast paced with plenty of twists that kept me turning the pages. This is a terrific book. I loved the characters and hope this is the first in a new series. Most highly recommended!”—Mystery People magazine