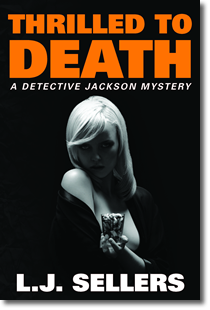 “I want to give my baby away.” The words nearly tripped over each other in their rush to leave her mouth.

Dr. Callahan’s eyes widened briefly. “How much thought have you given this?”

“I don’t know.” Danette squirmed in her chair. This was why she was in the psychiatrist’s office, to verbalize some of the horrible things she’d been feeling. “I’ve been thinking about it for weeks, but without really admitting to myself that’s what I want. I’m overwhelmed and depressed all the time. I don’t think I love this baby as much as someone else would.”

Dr. Callahan scribbled something on a pad.“Are you talking about giving him up for adoption?”

“Micah’s grandmother would love to raise him.”

Her shrink looked at the clock. “We’re past our time, and I have another patient waiting.” She handed Danette a slip of paper. “This is a prescription for Lexapro. Start on it right away. I don’t think the Paxil is working for you. Please don’t do anything rash until we’ve had a chance to talk some more. You’ll be back on Thursday, correct?”

Danette nodded. Thursday was her regular day, but she had called Dr. Callahan last night, crying and begging to come in because her life felt out of control and she no longer trusted herself with little Micah. Luckily there had been a cancellation for this morning.

Danette bolted from the office, feeling ashamed. What was wrong with her that she didn’t want her own baby? Dr. Callahan clearly disapproved. Danette pulled up the hood of her sweatshirt, wishing she could hide her face as well. She pounded down the stairs and out of the building. Maybe she should leave Micah with Kera until she worked through this. The baby would be better off. Maybe she could go somewhere and clear her head for while. As Danette crossed the parking lot, she pulled on sunglasses without really noticing the morning sun and bright blue sky. She glanced at the beat-up cargo van parked next to her Toyota. It hadn’t been there when she arrived.
As Danette turned the key in her car lock, she heard the van door slide open.

Kera looked at the clock: 11:32 a.m. Where was Danette? She called her cell phone again but Danette still didn’t answer. This time Kera left a message: “I’m a little worried because you said you’d be back by 10:15. I’m supposed to be at work in half an hour. Please call me.”

After a few more minutes of vacillating, Kera called the Planned Parenthood clinic where she worked and told them her situation. She felt guilty about missing her shift because she only worked part time. She and her ex-husband had used the life insurance money from their son’s death in Iraq to pay off the house, so her finances were more flexible now. Benefitting from Nathan’s death made her so uncomfortable, Kera atoned for it by volunteering to care for disabled Iraq veterans. It never felt like enough.

She lifted three-month-old Micah out of his playpen. He grabbed her copper-colored braid and stuck it in his mouth. Kera gently extracted her hair and carried him out to the back deck, where the view of the city helped her relax. She was far more worried about her daughter-in-law than her job.

Legally, Danette was not her relative. Danette and her son, Nathan, had never married. In fact, they had barely known each other before he shipped out. Still, Nathan had left Danette pregnant and now they had Micah. Referring to Danette as her daughter-in-law was easier than saying ‘mother of her grandchild’ or ‘dead son’s girlfriend.’

Kera pushed Nathan from her mind. There was no point in compounding her worry with grief. She walked around the deck, showing Micah the petunias and geraniums blooming in big stone pots, but that only used five minutes. Kera debated whether to call Jackson. He would probably drop everything and start to investigate, but what if Danette was just out shopping, stealing a few minutes of free time away from the baby?

Kera tried to think of the name of the doctor Danette had gone to see. Carlson? Davison? Danette had called last night and asked if she could bring Micah by in the morning. Kera had been curious about the last-minute doctor’s appointment and wondered why Danette didn’t want to take the baby with her, but she hadn’t asked. When she had been a new mother all those years ago, she hadn’t let Nathan out of her sight until he was a year old.

Danette was a different kind of mother. She left Micah with anyone and everyone who would watch him. Kera worried Danette was not particularly bonded to her baby. She had only met the young woman last fall, but she sensed Danette was unhappy. Her recent move to Eugene, in hopes of attending nursing school, would make it easier on all of them.

Where was Danette now?

Kera remembered the doctor’s last name: Callahan. She put Micah in his playpen and danced his little elephant up and down until he stopped fussing. She brought her laptop into the living room and got on the Internet.

The online yellow pages revealed two Dr. Callahans in the Eugene/Springfield area. One was a cardiac surgeon named Charles, and the other was a psychiatrist named Stella. The worry in her stomach tightened a notch. Was Danette seeing a mental health professional? Yesterday, Kera would have considered that good news. Now that Danette was AWOL, it confirmed her worst fears.

Had Danette run off and abandoned her baby? Kera pictured a tear-stained postcard arriving in the mail next week, explaining how it was all for the best. Despite her worry, a little part of Kera’s heart leapt with joy at the idea she would get to keep Micah right here with her. She looked over at the boy as he kicked his feet and giggled at the bird mobile above his head. He looked so much like Nathan.

She dialed Dr. Callahan and left a message: “This is Kera Kollmorgan, mother-in-law of Danette Blake. I believe Danette had an appointment with you this morning. She was supposed to return hours ago to pick up her child but hasn’t shown up. I can’t reach her by phone and I’m very worried. Please call me.”

That was waste of time, Kera thought, clicking the phone closed. Psychiatrists and counselors were notoriously hard to reach, rarely returned phone calls, and wouldn’t talk about their patients under any circumstances. At least she had done something. It wasn’t in her nature to sit and wait.

Kera pressed speed-dial #2 and hoped Jackson would pick up.