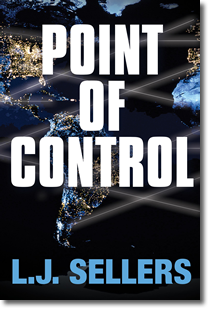 Nick Bowman had never felt more alive. He’d just had the best sex of his life with a spectacular younger woman who expected nothing from him, and his research had hit a breakthrough that had just earned him an exciting job offer. Plus, he’d finally won the International Metallurgy Award. Nearly euphoric, he strode down the hall of the hotel, eager to climb into his new Jaguar XE, rev the engine, and fully enjoy the moment. Soon enough, he would be home, boxed in by a wife who didn’t appreciate him and two surly kids who didn’t seem to have his DNA.

As he stepped into the elevator, Nick shoved aside the negative thoughts and replayed his session with Carly, a long-legged model he’d met at the gym. She was incredible—sexy, smart, and independent. She’d waved him off after their second round of sex, telling him to move along so she could shower and have the room to herself for a while. Carly understood that he had to get home to his family before it seemed suspicious, even for a late night at work.

In the basement parking garage, warm, muggy air engulfed him, and he pulled off his sports jacket. Out in the night air, with the Jag purring under him, the air would be fantastic. He loved living in central California—so much more civilized than the dull Iowa landscape and cold winters he’d grown up with. Nick hurried toward his car, whistling softly. He only had twenty-four hours to consider the job offer, and he didn’t know if he would take it, but the money was exciting to think about. He was already doing quite well. lucky, lucky man.

A sudden movement startled him. He spun toward the big concrete post he’d just passed, and a man in dark clothes rushed toward him. No, two men, one behind the other, and both wearing ski masks. The lead guy’s arms jerked up, holding something dark. Before Nick could cry out or swing his fists, a heavy cloth bag came down over his head, and the man spun him around. Powerful hands grabbed his wrists from behind and pulled them together. What the hell? Fear shot from his belly into his throat. “Hey! Stop! You’ve got the wrong guy!” His words sounded garbled inside the cloth.

A hand clamped the bag against his open mouth. “Quiet! We don’t want to hurt you.”

Nick didn’t believe him. Heart racing, he prayed for the first time since he was a kid.

Zach Dimizaro stepped out of the bar and tried to shake off the jitters. Head down against the wind, he hurried toward the nearby park, wishing he hadn’t downed two beers on an empty stomach. But this meeting made him nervous, and he needed the alcohol for courage. The buyer had insisted on a late-night transfer in a part of town he normally didn’t go to, especially after dark. All of it made him uncomfortable. Except the money he was about to put in his pocket. The first step toward forming his own start-up company, making the lifestyle apps he was really interested in.

The crisp night air penetrated his coat, and he pulled it tighter. Zach picked up his pace, anxious to get the deal over with. He passed two dark storefronts and another bar. Across the street he could see the seedy park, where a cluster of dark figures hung out on the corner. Gangbangers? Heavy footsteps snapped his attention toward the alley beside him. A big man walked toward him with a gun aimed right at his chest. Oh god, a mugger! Zach couldn’t take his eyes off the silver weapon gleaming in the moonlight.

“Get into the alley. Now!” The mugger’s voice was low pitched and menacing, even through the scarf covering the bottom of his face.

Run! But he couldn’t. His body was too heavy, too out of practice. Why had he let himself get like this?

The man stepped out of the alley, grabbed his elbow, and threw him up against a brick wall. “Give me everything in your pockets!”

Shit! His iPhone was practically new. He’d been lucky to get it before the production slowdown and shortage. Now cell phone resale value had shot so high, everyone was a target for thieves. That’s what this guy wanted.

Why the hell was he worrying about his damn iPhone? It was the prototype phone and the microchip he needed to focus on. They both had the algorithm. How to distract the mugger from them?

“I’ve only got about forty dollars, but you can have it.” Zach pulled his wallet from his back pocket and opened it. The microchip was inside, and as he fumbled with the bills he managed to slip it out and palm it.

“Hand me the whole thing!” The man with the gun reached for it, and the scarf slipped off his chin. Brown skin, wide nose, long black coat, wool cap. That’s all the detail Zach could process in the dark—while scared shitless and a little drunk.

Zach clenched his jaw and handed him the wallet, keeping the chip wedged between two fingers.

“Phones too. And whatever else you’ve got on you.”

Shit! Shit! Shit! Phones, plural. Why would the bastard assume he had more than one? The device prototype he was carrying was worth fifty thousand, and the man he was supposed to meet had a satchel of cash waiting for him. The damn mugger wouldn’t even know what he’d taken. “I’ve got an iPhone,” Zach said quickly. “That’s it.” He slipped the cell from his jacket and held it out.

The mugger snatched it and shoved it into his own coat.

In the brief second that the big man glanced down, Zach slipped the microchip into his mouth. A cab drove by, the only car on the street, but with the chip in his mouth, he couldn’t call for help.

He worked the chip under his tongue to hide it. “I’ve got nothing else!” Zach heard the fear and bullshit in his own voice and cringed.

The mugger shook his head, and a sharp pop echoed in Zach’s ears. Heat and pain flared in his chest, and he realized he’d been shot. His mouth fell open, and a strange squeak came out. He tried to step back, but his knees buckled and he went down. His last thought was that he would die without ever having a real girlfriend.

Special Agent Andra Bailey closed the report she was writing. Time for lunch. She heard the distinct footsteps of her boss’ boot heels and realized she’d waited a minute too long. She turned in her chair and gave a practiced smile to the striking woman glaring down at her.

“I need to see you in my office.” SA Lennard was six-one with short platinum hair and a grim expression that somehow didn’t hurt her looks.

Bailey stood, feeling short at five-eight. “I’m right behind you.” She had no idea what her boss wanted, but projecting confidence was a lifelong habit. She followed Lennard down the hall.

FBI headquarters in Washington, DC, was a blue-chip assignment inside the bureau, and Bailey felt lucky to be there. Not that luck really factored into it. At her original assignment in Denver, she’d simply worked harder than her peers to earn the promotion. She also knew how to manipulate people to get what she wanted—and to make them feel good about it. Her mindset usually felt like a gift. At other times, such as late at night, alone in her apartment, her sociopathic nature was painfully limiting. She was reasonably attractive with thick ginger-red hair that people liked to touch, so she didn’t lack for male attention. She just wasn’t capable of bonding the way empathetic people were. She’d had her share of affairs when she was younger, but her lovers had wanted more than she could give. In time, she’d simply stopped dating.

After several twists and turns in the maze-like building, they came to a corner office. Brent Haywood, the bureau’s second in command, stood outside Lennard’s door. Good news. If the assistant director was involved, this case was a big deal. Bailey nodded at the AD, and the three stepped into the office. Lennard closed the door and took a seat behind her shiny metal desk. Haywood, an ex–football player who shaved his head to hide the gray, continued to stand.

Lennard glanced at him, then looked at Bailey. “We have an issue developing that could turn out to be nothing, or it could be a global crime spree.”