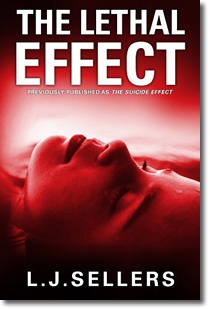 Sula started to walk away, but the conversation in the conference room grew loud and pulled her back. Karl Rudker’s salesman-smooth voice was stretched thin with stress. As CEO, he rarely made a point to speak with her—or anyone without a VP in front of their title—but Sula avoided him anyway. The other frustrated voice behind the door belonged to Diane Warner, the head of research and development. She was a petite woman with a surprisingly big sound. The two most powerful people in the company were arguing about Nexapra, an antidepressant Prolabs had been working on for years but now everyone was suddenly excited about.

A mention of “JB Pharma” made Sula step closer to the door. She glanced down the short hallway to see if anyone had noticed her. The door to the human resource department was closed, and the elevator was silent.

Not that it made a difference. She had a right to be here. Rudker and Dr. Warner had agreed to meet her in the conference room to give statements for the press release Sula was working on. JB Pharma, based in Seattle, was acquiring their company and as a public relations assistant, it was her job to write up the announcements. She had cranked out quite a few high impact press releases lately. First, Nexapra’s amazing clinical trial results had set the research and investor community buzzing. Then the big drug companies had come calling. JB’s $2.5 billion dollar offer had won the bidding.

The voice was a little muffled, but Sula was certain she heard Diane Warner say, “We have to tell them about the first set of data. It could change everything.”

The declaration sent a tingle up her neck. What could change everything? Was something wrong with the data? She had been sending out glowing press releases about the drug for weeks. Were they all wrong? She needed to know what they were talking about. Sula remembered the conference room opened onto a smoker’s balcony on the other side and the exterior door was almost always open this time of year. She moved quickly, afraid the argument would be over before she got there.

Serves you right, she heard her mother’s voice say in her head.

Sula kept moving. She had a right to hear the conversation. She had created the promotional material that encouraged doctors to enlist their patients in the Nexapra trials. If there was a problem with the drug, she needed to know.

Down the hall and through the executive lunchroom, the steady click of her low-heeled pumps echoed in the empty rooms. Sula slipped out onto the balcony and glanced at her watch. Fifty-two seconds. A weak April sun filtered though the clouds and warmed the rain-soaked cement. Staying close to the building, she moved toward the conference room doors. She wished she had a cigarette to explain her presence in case anyone came out while she was lurking around, but she had quit smoking six months ago. Mostly.

The argument was still in full swing. From her new position next to the partially open door, Sula caught glimpses of Warner as she paced back and forth in front of the window. Middle-aged with close-cropped silver hair, the doctor gestured with both hands.

“The new owners have a right to know about the deaths in the early trials,” Warner insisted. She held out her hands and used her fingers to tick off her points. “The two patients who committed suicide in the Puerto Rico study were cousins, and I think I found a genetic marker that made them susceptible. Two: Developing a screening test can be accomplished in less than two years.”

Warner paused, and Sula was grateful. She was still reeling from hearing that people taking Nexapra had killed themselves. Warner seemed to think it was the drug’s fault. How could that be? The medication was supposed to help people who were depressed. She thought of the patients’ families, the grief they had experienced and were still feeling. The why? questions that would never be answered. She knew first hand what they had gone through. Those questions still haunted her.

Then the guilt hit her. She had helped bring those patients in!

Sula noticed the notepad still in her hand. She reached into her jacket pocket for a pen and instead found the tape recorder she’d brought for her session with the two executives. She pressed the record button as Warner continued, “If we get the 3,000 patients we need for the Phase III trials, the incident rate could be high enough to cause FDA to reject our application anyway.”

Sula aimed the microphone toward the open door.

“The percentage of suicides in the Puerto Rico trial was lower than the national average. You cannot conclude that Nexapra caused those deaths.”

Warner stopped pacing for a moment and drew in a long breath. “Goddamn it, Karl. They killed themselves within a month of starting on the drug. We have an ethical responsibility to find out why.” Under the anger, the doctor sounded tired. Sula wondered if the recorder had picked up her counter argument.

Rudker suddenly moved into view. He had thinning blond hair and sharp Nordic features, and at six-foot-two he towered over Warner. “JB Pharma might not see it that way,” he said, his voice nasty with sarcasm. “As far as they’re concerned, Nexapra is a potential blockbuster with a very good side-effect profile. If we tell them differently, they’ll withdraw their offer. We don’t have the cash to continue on our own. Do you want to bring this company down?”

Rudker cut her off. “If we develop a screening test, we’re obligated to use it. And that jacks up the cost of R&D, slows down the FDA approval process, complicates marketing and prescribing, and in the end, substantially limits the market. And for what? A statistically insignificant risk for people who are prone to kill themselves anyway.”

Sula sucked in her breath, stunned by the man’s coldness. The room was silent, and she wondered if Dr. Warner had walked out. Unbelievable. Prolabs’ tag line was “Putting Patients First.” Sula had bought into that motto. She had felt like she was part of something bigger and better than herself. Clearly, the slogan was just corporate branding, a pretty package wrapped around a pile of deceit and greed. At least for Rudker, anyway.

“We’re going ahead with Phase III clinicals,” he said with a dismissive wave of his hand. “You’d better not tell anyone else about your theory.”

Warner stiffened. “So? I’m good at what I do and I get job offers all the time.”

“That could change.” Rudker lowered his voice to a mean whisper. “Too much is at stake here. Don’t cross me on this.”

After a long silence, Warner spun around and headed into the interior hallway.

Sula clicked off the recorder and re-pocketed it. Anxiety shot through her in waves. She had to get away. Before she could backtrack, Rudker strode toward the opening. She lunged away from the door, dropping her notebook. As she scooped it up, Rudker stepped out to the balcony.

“What are you doing out here?” His pale face had gone pink.

“I was looking for you and Dr. Warner.” Sula glanced at her watch. She had been out here three and a half minutes. It felt more like fifteen.

His gray eyes bored into her, and Sula’s stomach turned to mush. She began to chatter. “I’m putting together a press release about the acquisition. I was hoping to get a statement from you and Dr. Warner. We had a meeting scheduled.”

“No. I was just hoping to get your attention from here.” Heat surfaced in her face, but her armpits had gone clammy.
With lizard-like quickness, he reached out and snatched her notebook.

“Hey.” It came out more of a squeak than a protest.

Rudker glanced at the blank page, then stared with expressionless eyes. “Do not fuck with me. You will regret it.”

Sula stared back. It was all she could do. She didn’t know what to say and her legs trembled too much to walk away.
Finally, the CEO turned and strode back into the conference room. Sula’s heart, which had been strangely quiet during the encounter, started to pound. Anxiety churned in her stomach and she fought the urge to empty it. Sula forced herself to move, to walk purposefully back to her office and sit down. It wasn’t enough. She lowered her head to her lap and breathed deeply to calm herself. As a child, she had been afraid of many things. As a teenager, all of them had happened to her. Now, she had only one significant fear, and it wasn’t her boss. Yet today he had scared her, and she was having a mild panic attack, or as her counselor called it, “a post traumatic stress episode.”

Sula fought for control, and after a few minutes her journalistic instincts kicked in. She grabbed her pen and notepad, and with a shaky hand recreated the argument from the beginning as best she could. The two people who had committed suicide in Puerto Rico were cousins. She hadn’t even known they had conducted trials there. I may have found a genetic marker. How many people with depression had that marker?

Eleven million people in the United States took antidepressants, including her. If Nexapra became a global blockbuster, hundreds, maybe thousands, of lives could be at stake. How much money was involved for Rudker? she wondered. How many lives was he willing to sacrifice to improve his net worth? Sula knew the drug was potentially worth billions to JB Pharma and its stockholders. She had seen the analysts’ forecasts.

Anger pushed away her anxiety. How could Dr. Warner walk away from a problem of this magnitude? Someone had to stop the clinical trials. People with mental health concerns needed protection. They needed medication that would help them, not send them over the edge. Sula felt powerless to do anything. She wasn’t a scientist or a manager. She didn’t have access to the data. Rudker’s warning echoed in her thoughts. If she did anything to undermine Nexapra, he would fire her…at least.

Losing her job was unthinkable right now. She could not do anything that would jeopardize her chances of getting Tate back. After years of struggling to pull her life together, she had finally worked up the courage to file a custody petition for her son. The hearing was three weeks away. To prevail against his foster parents, a middle class couple who seemed to have everything, she not only had to be employed, she had to be perfect.

Sula felt lightheaded. It was all too much to think about. She forced herself to take long slow breaths. The oxygen helped quiet her mind and she decided she would talk to Warner. Maybe the doctor could be persuaded to take the suicide data to the research people at JB Pharma. Or even to the FDA. Sula told herself she did not have to get involved. She glanced at her watch. It was 3:40. Her visitation started in twenty minutes. She would see Dr. Warner first thing in the morning.