Janet Evanovich and Lee Goldberg, J.T. Ellison and Catherine Coulter, JA Konrath and each of his writer friends—everywhere you look, authors are teaming up. 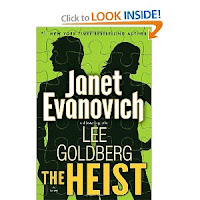 The trend seems more prevalent than ever, and I suspect it’s because authors are operating more independently now and because they have to work so hard to reach new readers. Collaborating with another writer brings a whole new readership to each partner, at least for that story or series, and hopefully with spillover to other works.

I never thought I could work that closely with someone. I don’t even have a writing group because it feels too collaborative. Of course, I count on my beta readers (and editor) for feedback, but that’s after I’ve nailed down the main story.

But I was approached recently by a friend about doing a collaboration, and I surprised myself by being receptive to the idea. Now that I have an FBI agent with her own series, a collaboration that brings Agent Dallas together with another established protag seems like a productive idea.

The other author has a kickass male FBI character and large readership of men, so the project could bring male readers into my Jackson series or, more likely, the series I’ve started with Agent Dallas.

We’re already brainstorming a plot, and I’d love to tell you who the other author is. But I worry that it might not pan out. We each have our own series we’re committed to, and we each have family responsibilities that may take precedence over a secondary writing project. But I want to do this and I hope we can make it work.

Ever since I decided to self-publish my newest story (with Agent Dallas), I’ve been getting my head back into indie mode and the marketing creativity it requires. It’s work, but it’s also fun and challenging, and this collaboration seems like a good way to expand my comfort zone and my readership.

What do you think? Have you collaborated with another author? Do you read books that are collaborations? Am I crazy?