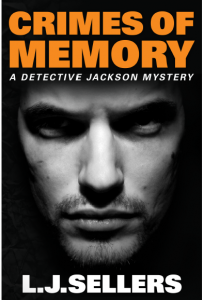 I got some very good news recently. Crimes of Memory (Jackson #8) will be released October 15 instead of next February. Woohoo! I’m working on copyedits now, the cover is almost done, and I expect to see it listed for preorder on Amazon soon.

I don’t have official back cover copy, but here’s my rough version.

After a leave of absence, Detective Jackson is assigned to investigate the homicide of a man found near a storage unit. Another homeless man is on the scene, his face covered in blood.

In another part of town, a group of eco-terrorists set off a firebomb at a bottled water factory, drawing investigators from the FBI, the ATF, and the Eugene Police Department—who fear another attack is eminent.

Without a full taskforce, Jackson must work the homicide round the clock, and his troubled daughter takes the opportunity to run away. Distracted with worry, Jackson seeks to bring justice for a man who robbed a bank, and in doing so, discovers a shocking connection between the murder and the eco-terrorist crimes.