The last time I had lunch with Elaine Flinn, the funny, vivacious author of the Molly Doyle mysteries, she summed up this business of being a writer rather graphically and succinctly. Leading up to that moment, I was talking about Lynne Cheney (wife of the vice president) who had gone on Jon Stewart’s show to sell her memoir. My husband thought her guest appearance was shocking, considering that Jon had called Dick Cheney the Prince of Darkness, among other horribly unflattering things. I was less surprised by Lynne Cheney’s appearance, after all, she was a writer with a book to sell. But Elaine summed it up best, “We’re all whores.” 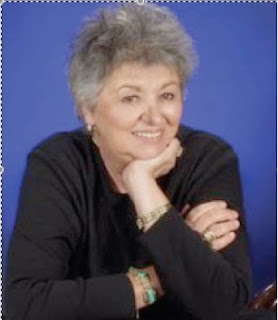 We burst into laughter and drew stares from the diners around us. Neither of us cared much.

Of course what Elaine meant was that we want so desperately for people to read our work—and love us in return—that we will go just about anywhere, say just about anything, participate in just about any gimmick (contests, human auctions, dressing in character, standing outside a bookstore with a three-foot poster), and put up with all manner of inconvenience and insult. Writers often sell their books one at time in a very personal exchange. Seldom does anyone actually get naked during the transaction, but it does feel a little whorish at times.

I’m not complaining or disparaging anyone. We do it for the love of the craft and the love of the readers. Few of us are in it for the money. Which is a good thing, because street walkers never get rich. But to take this analogy one step further, Elaine Flinn was a high-class call girl. And I will miss whoring around with her.