I finally visited the Eugene Police Department’s crime lab. Criminologist Jason Petersen gave me a two-hour crash course in processing evidence. I heard a lot of chemical terms that, fortunately, I have on my recording, because they didn’t stick in my brain. I learned that what real evidence technicians (versus the CSI kind) spend most of their time doing is processing latent fingerprints and watching/editing surveillance videos. Here’s the photo highlights. 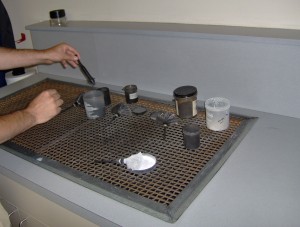 This is a down-draft table where they use various colors of powder to process fingerprints. The down-draft sucks up the excess powder, which would otherwise go everywhere. 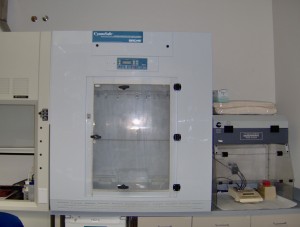 Superglue Chamber. They don't really use superglue, only one of its chemical components: cyanoacetate, which mixes with steam to form a coating all over an object, revealing latent fingerprints. 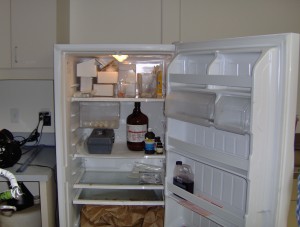 The refrigerator holds many things, including entomology evidence. They grow and kill flies at various stages to establish time of death for bodies that sit around for a while. 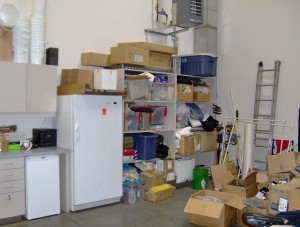 The bay where they process cars, ATM machines, and other large items. Looks much like a homeower's garage, including little blue kiddie swimming pools. 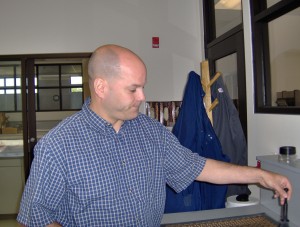