The Futuristic Thriller Comes Together

I’ve been talking about this thriller for a few months, but it now has a title, a cover, a description, and a first draft. It hasn’t gone out to beta readers, so I’m still nervous. But here’s a glimpse. Let me know what you think.

The Arranger
The year is 2023 and ex-detective Lara Evans is working as a freelance paramedic in a bleak new world. She responds to an emergency call and is nearly killed when a shooter flees the home. Inside she finds the federal employment commissioner wounded, but she’s able to save his life. 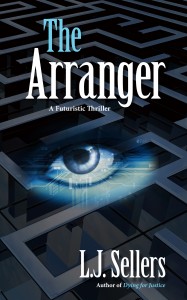 The next day Lara leaves to compete in the Gauntlet—a national competition of intense physical and mental challenges with high stakes for her home state. She spots the shooter lurking at the arena and soon after her contest roommate turns up dead. Who is the mysterious assailant and what is motivating him kill? Can Lara stop him, stay alive, and win the Gauntlet?

The book will be available in early September. I also plan to send out e-books to some advance readers who are willing to post reviews if they like it.

And for my Detective Jackson fans, he has a small cameo, as always.