I had a great time at LCC and reconnected with many people I’ve grown fond of. I also met new writers as well as some Facebook and Twitter friends (Holly West, Marlyn Beebe) for the first time too. I know I gained a few readers because they told me so in person. Love that! I got to know Teresa Burrell and Rachel Brady better, both terrific women. And I had dinner with a group that included Meg Gardiner, who is friendly and fun.

I also met Adam Eisenberg, the author of A Different Shade of Blue, a nonfiction book about the first female police officers on the Seattle force. He generously gave me a copy and I can’t wait to read it. Other fun writers I was lucky to spend time with: Sophie Littlefield, Denise Deitz, Irene Fleming, Pat Brown, Jason Pinter, Boyd Morrison, CJ West, Stephen Jay Schwartz, Keith Raffel, and Tim Hallinan. I know I’m missing some, and I’ll keep adding as my memory fills in.

I was on three panels and felt like the odd person out on all of them. On the “Wanna Be a Writer” panel, I was the only one who said self-publishing can be the right move under the right circumstances. On the “Gay Characters” panel, I was the only straight person writing secondary gay characters for cultural accuracy and inclusion. On the “Sex and the Author” panel, I was the only writer who tackled sexual issues without writing the sex scenes on the page. Overall, I think my participation in those panels went well, and I’m grateful for the opportunity to talk about my work.

The LCC auction committee asked me to donate a 50-page edit for the silent auction to raise money for the LA library, which I gladly did. When I got there, I was told my edit would be part of the live auction instead of the silent auction. This terrified me. What if nobody bid? What if it sold for $5? Once the auction got started and character names were selling for $200, I was even more nervous. But people bid on my edit/evaluation and it ended up going for $165. Stunning! It was a highlight of the event for me that someone thinks that much of my feedback.

And I have to mention that two days before the event my roommate canceled, and I extended an offer on two mystery listservs to share a room. It felt a little risky (but necessary).  I got lucky, and a wonderful YA writer named Linda Joy Singleton offered to take me in. Another LJ! How could I go wrong? I shared a room with Linda and her mother Nina, two more terrific women.

Another great note: On the way home, United Express honored my Horizon ticket and saved me a three-hour layover in Portland. It was awesome. There were only five other people on the flight, so I think they needed the extra weight!

I apologize for the scant few pictures. My camera froze up, and I missed many opportunities. 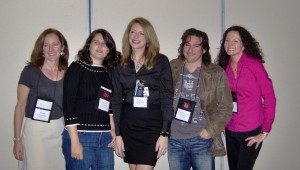 Some of the debut authors who were introduced at breakfast: Jamie Freveletti, Rebecca Cantrell, Sophie Littlefield, Stephen Jay Schwartz, and Rachel Brady. 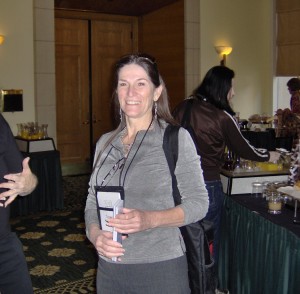 Teresa Burrell, author of The Advocate and good friend. 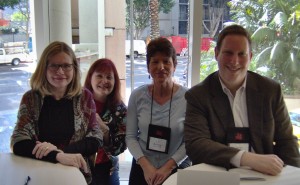 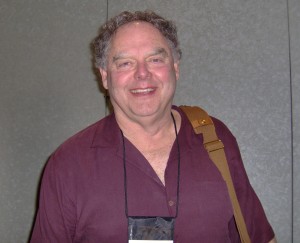 D.P. Lyle, author of The Writer's Forensic Blog, one of my favorite blogs