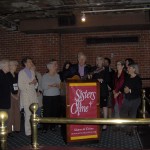 Bouchercon was terrific for me this year. I finally felt like a real author with a wide reader base and respect from other authors, even though the conference programmer didn’t offer me a panel until I politely pointed out that I met all the criteria. But in the long run, it didn’t matter.

My highlight this year was having dinner with the Thomas & Mercer team and getting to know Andrew Bartlett, the acquisitions editor. At that dinner, I also met Blake Crouch, Sean Chercover, and Dana Cameron, and walked back in the rain with with Tom Shreck, whom I’ve known since we were both with the same small press. (Blake and Tom are in next photo.)

But let me back up. I started Friday with a Sisters in Crime breakfast, complete with singing a chorus of “You show me your gun, I’ll show you mine.” Then I attended panel called Old Friends, New Friends, nicely moderated by Jen Forbus, followed by Eve of Destruction, with authors Sophie Littlefield, Deborah Coonts, Tracy Kiely, and Rochelle Staab. I spent a lot of time with Rochelle, who I’d Skyped with earlier in the year for a Big Thrill feature. She’s just as dynamic in person. (Bottom photo in gorgeous red leather.)

A little latter I met up with longtime online friend Debbi Mack for the first time—lovely woman—and had lunch with her and fellow panelist, Conda Douglas, and new author friend, Molly Cox Bryan. 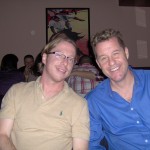 Friday afternoon, I attended Men Are From Mars, Women Are From Venus, a terrific panel where they talked about writing from the opposite gender’s perspective. The room was pack to see Elizabeth George, Val McDemid, Alan Jacobson, Tom Shreck, and another friend, Alexandra Sokoloff. The moderator, Daniel Palmer did a great job of keeping it lively.

Saturday was a day of conversations. I chatted with readers and authors all day—including Zoe Sharp, Julie Hyzy, Claudia Whitsitt, and Annette Dashofy —and had lunch with my terrific roommate and author Terry Shames (next photo), along with Keith Raffel, Boyd Morison and his wife, Randi, Tracy Kiely, and another delightful author whose name escapes me. By that point, I’d met and chatted with so many people, it was hard to mentally keep everyone straight. We talked shop, but also veered off into other stimulating subjects.

Still, that evening at the awards ceremony, I met more authors for the first time. Edgar nominee Darrell James was charming, and so was Kathy Wiley and new author Anne Cleeland. I went to dinner with Darrell James and a female author named Darrell who writes under Avery Aames, as well as Rochelle, Dana Cameron, Roberta Isleb, and another woman I should remember. I also chatted with numerous authors in the bar that evening, staying up late to connect with as many people as possible. 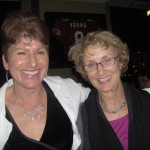 That’s the problem with blogs like this. I can’t possibly mention everyone I talked even if I could remember all their names. So if I left you out, please don’t be offended, and feel free to comment and remind me! And I have to mention that I chatted with Stan and Lucinda Surber who talked me into being a chair for Left Coast Crime 2015 in Portland. It’ll be fantastic, so put it on your calendar.

The best panel I attended was on Sunday morning and called Red Herrings. Moderator Keith Raffel (a great guy!) was sharp and funny, despite a late night in the lounge, and the panelists—Beth Groundwater, Pennie Ross, D.M. Pirrone, and Melodie Campbell—all kept up with him.

Afterward while waiting to leave, I chatted with agent Janet Reid, who did her best to convince me that personal one-to-one emails are worthwhile, even with a thousand-name email list, and I know in my heart she’s right, even though the task would be overwhelming. And I shared a cab to the airport with Gigi Pandian, an delightful author I shared a shuttle with at B-con 2010. We both seem to fly home to the west coast at the same time 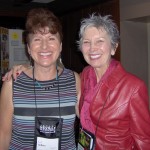 I also talked with people on all of my flights coming and going, two of whom have already emailed me, hoping to stay in touch. I wish I had total recall for all the wonderful people I’ve met.

If you attended B-con, please share one of your moments. 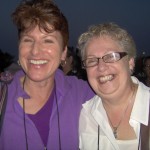 I’m happy to be in Cleveland at Bouchercon with so many people who love crime fiction as much as I do. I had a lovely dinner last night with Neil Plakcy, Tim Hallinan, Barbara Fister, Katherine Clark, and Les Blatt. We talked about the genre, of course, and what defines cozy and what “dark” really means in connection with crime fiction. Neither Tim or I see our work as dark, but many readers do. Tim told us all about his next book, and Neil talked about how he ended up writing stories with dogs. It was fun to get the inside track.

This afternoon I was on a panel called The Ebook Revolution, but I’m happy to report we didn’t talk about self-publishing. We talked about where readers can find quality crime fiction online is a sea of new authors and books. Neil Plakcy moderated, and book blogger Erin Mitchell talked about her process for finding what she wants to review. Author Conda Douglas was on the panel too, and talked a bit about Goodreads. 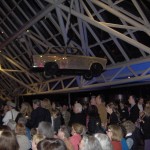 I gave a list of the sites I’ve been reviewed on: OverMyDeadBody: Fresh Fiction, RT Reviews, Readers Favorite Awards, Buried Under Books. and BookTrib.

I mentioned the print magazines that have run reviews of my books.: Mystery Scene, Crimespree, Suspense, and Spinetingler. As well as the newsletter I subscribe to: All Mystery.

I also talked about the collective sites where you can find great mysteries and thrillers by authors you know are bestsellers or award winners: KillerThrillers, Top Suspense, and Readers Rule.

We also talked about where we network with readers, and I mentioned Goodreads, LibraryThing, Shelfari, Dorothy L, and 4 Mystery Addicts. All great places to meet readers with like-minded preferences for crime fiction. After the panel I gave away 15 print copies of The Sex Club. 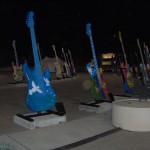 This evening, I attended the opening ceremonies at the Rock and Roll Hall of Fame, an event sponsored by Thomas & Mercer, my new publisher. Great fun! (And bought a t-shirt for the husband of course.)