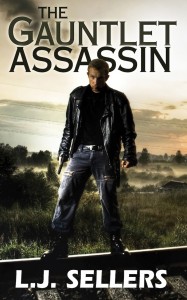 The Importance of a Title

The numbers don’t lie. When my thriller was called The Arranger: A Futuristic Thriller, I couldn’t give the book away. After three days on Amazon’s free list (through the Select program), The Arranger managed a mere 1535 downloads, despite a 4.5-start rating and rave reviews. I’d already given away two books that racked up 55,000 downloads between them ,so I understood just how pathetic that number was, and I instinctively knew the problem was the title.

I originally came up with the title because it fit the antagonist, Paul. When I bounced it off my husband, he loved it and pushed for it. I keep thinking about The Gauntlet and he kept saying, “No, it’s been done.” So I put the book out as The Arranger, and that was clearly a mistake, especially when you consider I spent more on promotion for that book than any I’d ever done. <Sigh>

But the giveaway taught me that I needed a new name. And with your help, we came up with one: The Gauntlet Assassin. I made the changes, waited for the ebook to be reformatted with the new cover, and reloaded it to Amazon. Fortunately, I’d saved two days of the five-day giveaway, so I was able to list The Gauntlet Assassin for free for two days. In that time, it had nearly 15,000 downloads, and is now selling well.

Same cover, same description, same great reviews. But clearly the new name appealed to people in a way the original had not. I purposely took “A Futuristic Thriller” out of the title. I think the word future turned a lot of people off and made them think sci-fi or dystopian novel. The book is neither and set only 13 years from now.

The lesson here is that being independent allows me to makes changes and correct my mistakes.

In other news, an established production company saw a review of The Arranger and contacted me about film/TV rights. They’re reading the manuscript now. Wouldn’t it be amazing if this strange little story were made into a blockbuster film? My husband is  counting on it. 🙂

Writers: Have you changed a story’s title or cover to make it marketable?
Readers: How do you feel when writers make such changes?