Archive for the book covers Category

Books covers! Sometimes you get lucky and find the perfect image after a quick search. Most of the time, the author and cover designers struggle to even articulate what type of single image will best convey a complex story.

I loved the first cover proof Thomas & Mercer sent for Deadly Bonds. It’s simple, powerful, and emotional. The child’s hand in the adult hand also tells readers something about the bonds in the title. I wanted to just say Yes, this is perfect.

But then I worried that the image would give some people the wrong idea. For some readers, any image involving a child on the cover of a crime fiction story implies pedophilia. I wanted to be wrong about that assumption, but I mentioned my concern to my publisher. They passed the cover around to a few employees to get their reactions and decided that they shared my concern.

So we’re back to the drawing board. Yesterday, they sent this cover. I like it, but I think it’s too sweet. And again, will people get the wrong idea? How do you covey that a small child plays a role in the story without having people assume that the child is victimized?

I have no regrets about the story. It may be one of my strongest Jackson books yet. But the cover is challenging, and I’m tempted to set up a photo shoot to see if my graphic artist can produce an image that implies a nonsexual bond between a caregiver and a child. Is that even possible?

So what do you think of these covers? Where does your mind go? 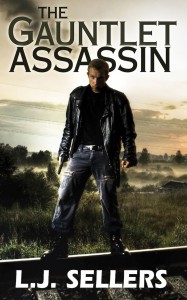 Sex sells. That’s what marketers always say. And it seems to be true for tight-fitting jeans and toothpaste. But it is true in crime fiction? In my experience—not necessarily.

Some of the best reviews I received for my novel, The Sex Club, started out with a disclaimer like this: “I didn’t think I would like this book, but . . .” The readers/reviewers went on to say that the title (and sometimes the cover) had originally turned them away, but that they’d read it because another reader raved about it. They ended up loving the story, but still, their initial aversion concerned me. So I asked members of Dorothly L (a mystery discussion forum) what they thought about the title. Many said they would never pick up the novel in a bookstore or library because of the title.

So then I wondered: How many bookstores and libraries had decided not to stock my novel because of the title? From the comments of a few, I believe there might be many. After realizing this painful reality, I started adding this footnote to all my communications about the novel: “Despite the title, the story isn’t X-rated.”

It is not a good sign when you have to explain or make excuses for your title.

On the other hand, many writers on the CrimeSpace and Facebook networking sites have posted great comments about The Sex Club’s cover and title. One writer posted, “Judging by the title, that’s a book I HAVE to read RIGHT NOW.” Many others have simply said, “Love the cover!”

During a discussion with writers about the word sex in a crime fiction title, the reaction was also mixed. One writer said, “If sex is in the title, isn’t that a lot of emphasis, leading the buyer to think the book might be in the wrong section of the bookstore?” A quick search of Amazon brought up only one other mystery title with the word sex —Sex and Murder (A Paul Turner Mystery). But at least that author was smart enough to get the word murder in the title too.

My conclusions: 1) If I had it to do all over again, I’d change the name, 2) Bookstores and libraries are critical to sales, and authors can’t afford to alienate them or their patrons, 3) Mystery readers prefer dead bodies to warm ones.

What’s your reaction? Do you shy away from books with sex in the title? Do you mind a little sex in your mysteries or do prefer that the characters stay on task?