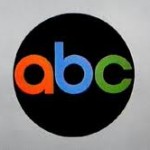 Helping a Family in Joplin

As I watched families pick through the rubble of their homes, looking for shoes for their kids, I felt sickened and helpless. I tried to imagine what it would feel to have lost everything and not have enough money to rent a motel room for the week. So I decided to do what I could. Together with my blog partners at Crime Fiction Collective, we’re raising money to help a family in Joplin. Read more →